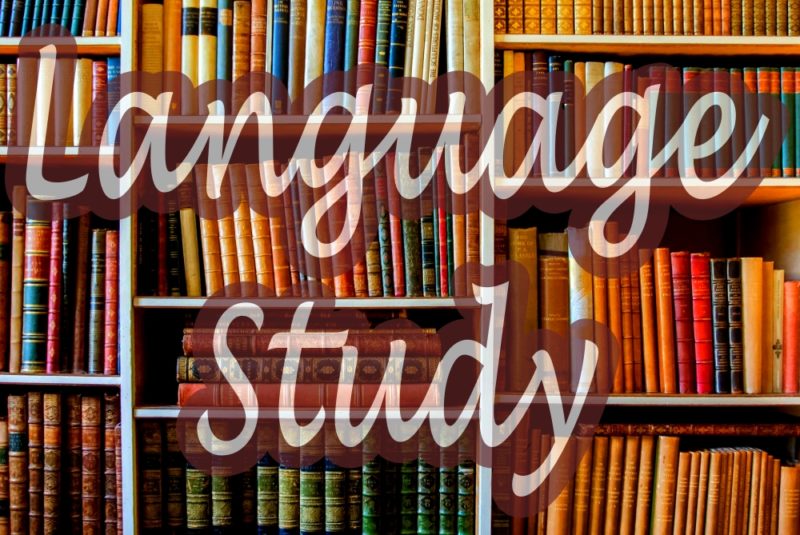 International Marriage and Studying abroad are not magical ways to improve language skills.

Today I want to write an entry about studying foreign languages.

International Marriage offers the easiest way to speak another language?

You know, I read and speak French and English a little bit. It is not enough to be on the native level but I can be independent in daily life at least.

They say that these language skills are because of my husband, because of international marriage.  It seems that they want to say that my skills are not my own effort…

My language skills are thanks to my husband?

The answer is ”yes”.

I owe the improvement of French skill to him because I hear French from him and his prefer YouTube channel. When I read some French books,  I can also ask him something that I do not know.

I make efforts by myself as well.

Many times I lose hope to study other languages.

I began to study French as a second language class at the University.

The teacher was very interested to teach French and her class was very strict and also very interesting. The students had to test their vocabulary every time at the beginning of class.

After I decided to go to graduate school (Master degree), I had confidence for French, because I had studied hard since the bachelor. My score in French was not bad.

In spite of my confidence, I lose hope after I joined to study under the direction of the professor who teaches me.

Because our seminar was very ”French”, so most of all the students and of course the professor speak French fluently!

On my side, my French skill was at the level to understand the grammar, so I was not able to speak or output something in French.

I could not speak anything in French and not read special books for study because the vocabulary was too difficult for me at that time.

This was my first disappointing experience. So, I found that I needed to study harder…

And the second one was after having returned from the first study trip to Paris for three months.

I had thought that I could speak French fluently enough to go to study abroad, but it was a big misunderstanding.

I wanted to improve my poor French at a language school in Paris.

Studying in Paris was just to expose my lack of output skills and vocabulary.

I found also that speaking other languages was similar to muscle training. We have to make ‘language muscle’ in the brain, and we can not achieve this exercise quickly.

Studying abroad is not a magical way to improve English language skills.

I have been to Paris for one year, and now I am in the U.S., but for both of my language skills, French and English have not been improved yet.

Why a language skill would not improve even if we stay in other countries?

The reason is that we do not need to exercise the language if we live only in daily life, for example, shopping or going to the supermarket, staying at home and cooking, etc…

Those things are not required to speak fluently or enrich vocabulary.

If we stay in the outside of a mother country where you have to speak 2nd or 3rd languages, your language skills would not improve automatically.

So, just studying hard and continue the effort is the only way.

The Conclusion -The winner is the one that continues to study a language.

If we married a man/a woman from another country, and if we live outside of our country, our language skill will not be better naturally.

We have to study and to continue the effort until we are fluent enough to not need to study anymore, even if practice will always be needed.

Studying another language is like an endless war against ourselves. We will disappoint yourself many times but we will not allow to give up because once we run backward, we could not achieve what we want.

Three All-inclusive hotels comparisons in Cancun and around there.